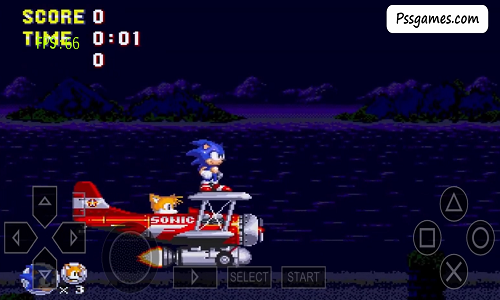 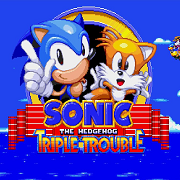 Sonic the Hedgehog: Triple Trouble[a] is a 1994 platform game developed by Aspect and published by Sega for the Game Gear. It is the sequel to Sonic Chaos (1993) and features classic side-scrolling Sonic gameplay. The player controls either Sonic the Hedgehog or Miles "Tails" Prower as they venture to protect the powerful Chaos Emeralds from Doctor Robotnik, Knuckles the Echidna, and series newcomer Nack the Weasel.[b] Sonic and Tails' unique abilities, as well as various power-ups, can assist the player in gameplay. Critics found the game to be enjoyable and praised its graphics, but thought that it lacked in challenge and originality to help it stand out from previous Sonic games. Reception was more positive in retrospect. Critics have considered it one of the best Sonic games on the 8-bit Game Gear, coming closer than the others to matching the quality of its 16-bit counterparts. Triple Trouble has been rereleased through various Sonic game compilations, the Coleco Sonic handheld system, and the Nintendo 3DS.