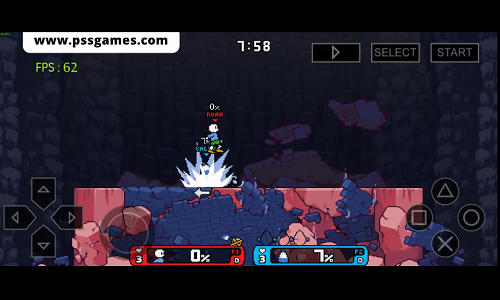 About Rivals of Aether Game:

Rivals of Aether is an indie platform fighter video game created by Dan Fornace, and released for Microsoft Windows in March 2017, for Xbox One in August 2017, and for Nintendo Switch on September 24, 2020.[1] It received positive reception from critics, who commended its deep gameplay. The game received two spin-off video games: a dating sim, Lovers of Aether, released on April 1, 2019 for PC;[2] and a deck-building game, Creatures of Aether, which was released for iOS and Android on September 28, 2020,[3] and for PC on August 2, 2021.[4] A spin-off comic series, Tales of Aether, was also released in 2021, detailing the backstory of the game. A third spin-off game, Dungeons of Aether, is in development and scheduled for a 2022 release, while a sequel to the original game, Rivals 2, is currently planned for 2024. Rivals of Aether is the spiritual sequel to Super Smash Land, a fan-made remake of Super Smash Bros., and therefore its gameplay mechanics are heavily based on the latter game.[6] Each character must try to knock the others out of a two-dimensional arena.[6] In addition to fighting game-style moves, characters can also use elemental-based attacks or passive abilities that also affect the stage.[7] This creates a meta game of not only attacking other players but also affecting the arena itself.[7] Gameplay in general favors offense more than defense compared to Smash Bros.; attacks can only be blocked by executing a timed "parry" rather than holding up a shield, and characters cannot safely grab edges when returning to the stage.