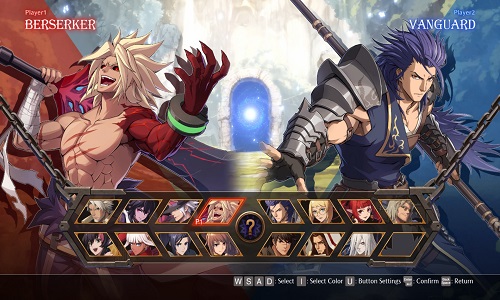 THE SEEDS OF VOLITION BRING FORTH A CHALLENGER
Action fighting at its extreme! One of the most popular and widely played RPGs in the world, Dungeon and Fighter is now back as a 2.5D action fighting game. Choose from 16 charming characters, each with their distinct skills and personalities. Outsmart, outplay, or downright beat up your opponents and become the master of the Ultimate Will!
The gameplay is similar to other fighting games developed by Arc System Works but with a more simplified mechanics. Like some previous games, the game features simplified inputs to allow new players to be able to get into the game without being put off by complicated controls[1] One big difference in this game is the use of a MP bar that is used to activate certain attacks, called "skills" in the game, similar to the main series games and other RPGs. Though the bar disappears after each use of a skill, it slowly regenerates overtime unlike the use of special meters found in other fighting games.