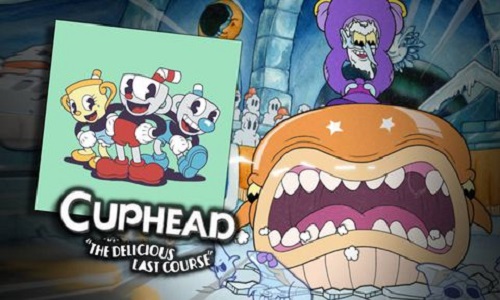 Despite what the title suggests, Cuphead: The Delicious Last Course is much more than just a fancy flan or fruit tart to top off the gourmet meal that was the original game. This is an expansion that certainly favors quality over quantity, consisting primarily of only six mainline boss fights, but they’re six incredible boss fights that each stand tall as some of the most fun, challenging, and visually jaw-dropping ones yet. Sweetening the pot are several new weapons, new charms that each add subtle new approaches to fighting bosses, some tantalizing secrets with worthwhile reward, and a brand new character in Ms. Chalice, who comes with several skills that take some of the edge off of Cuphead’s intense difficulty without outright feeling like an “easy mode.”. My first playthrough was over in just a few hours, but they were hours I’d deem essential for any Cuphead fan.The Delicious Last Course is all about making Ms. Chalice, a character who appeared in the main game only as a super-move-granting spirit, a real living and breathing cup person. To that end, Cuphead and his pal Mugman head towards a brand new isle where they’re told that Chef Saltbaker, the greatest chef in the land, is able to create a Wondertart that can permanently grant Ms. Chalice a body. The catch, of course, is that they must collect its ingredients by defeating the powerful foes that are guarding them. The story obviously isn’t the reason anyone is here, but it’s nonetheless charmingly told with quick cutscenes and more of the outstanding art that fans have come to expect.